What Is Geothermal Energy?

Geothermal energy is a renewable natural resource that occurs readily beneath the earth's surface.

This heat is captured as hot water or steam and used to heat and cool homes and buildings or to generate electricity.

Geothermal heating and cooling systems moveheat from place to place rather than produce heat like conventional systems.

The heat is actually produced in the earth's core and rises toward the surface. This earth heat is produced by the slow decay of radioactive particles, a process common in all rock.

While humans inhabit the earth's crust, our primary fuel sources lies beneath it. 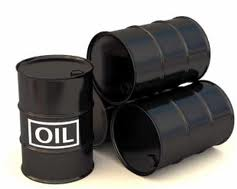 Over the past 150 years, humans have consumed all of the easily accessible fuel sources.

Drilling for oil has become more controversial as mankind has to drill deeper to find the precious liquid.

The following concerns have caused people to look for a renewable energy source in place of fossil fuels:

* Drilling for oil is becoming increasingly difficult as oil reserves lie deeper within the earth's crust. Extracting this oil is more expensive and time consuming.

Where do you get that? Right under your feet is the largest storehouse of geothermal energy - the earth!

All you have to do is dig down a few feet (usually about four feet) where the earth's temperature remains at a constant 50-55 degrees year around.

Or, if you're really lucky, you've got a hot spring or a spewing geyser in your backyard! 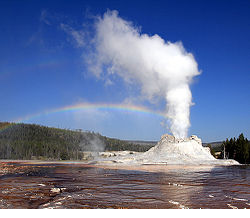 Don't have one of these? Don't worry. There are alternatives.

You will have to install either a closed loop system or an open loop system.

Then you will need a ground source heat pump, also called a geo-exchange system.

Although you may be thinking that you don't understand the concept of a heat pump, or geo-exchange system, there's a heat pump already right in your home. Where? In your refrigerator!

Just put your hand on the back of your refrigerator. Feel the heat? That's the heat pump in action!

The heat pump has pulled the heat from your food inside the refrigerator and transferred it outside. A geothermal heat pump works on the same premise - to transfer heat to and from your home.

Geothermal heat pumps allow not only heating but cooling as well. In the summer, flip a switch to move the heat in the opposite direction - back to the earth.

For the homeowner wanting to increase heating and cooling efficiency,open and closed loop systems must be considered.

*The water is re-injected into the same aquifer via a discharge well.

*The water is allowed to drain on the surface and collect in a pond or lake.

* The water is drained beneath the surface to a designated drainage area.

Therefore, the water well and heat pump both need to be large enough to accommodate the customer's needs.

Closed loop systems are, by far, the most common, although they can take several different shapes.

Well, here's the kicker. The moment we've all been waiting for. How much money do geothermal energy heating and cooling systems cost?

Answer: Quite a bit.

The cost of a typical geo exchange system is between $17,000 and $30,000. That's in addition to the costs associated with drilling the well.

However, geothermal heating and cooling systems use 40-70% less energy than traditional systems. Additionally, rather than burning a fuel to produce energy, geothermal heat pumps rely on electricity to transport the heat from the earth into the home or building.

Although some fuel burning devices can be as highly efficient as 95%, geothermal heat pumps can move 4 units of heat to every one unit of heat transported by a fuel-powered device. Thus, geothermal heating and cooling is as much as 400% more efficient.

Depending on the scenario, installing geothermal heating and cooling may be worth the money invested.

Relying on geothermal energy is definitely an alternative to fossil fuels.

Alternative Energy Concepts is the next step in providing alternative energy resources for a cleaner and healthier environment.


Solar Energy for Home  A comprehensive homeowner guide to clean energy generation and to energy saving at home.

Sunup Solar Power  A one stop source of information for those who want to learn about solar power or for the individual home owner who wants to install a home solar power system.